Apple reduces the 30% Apple Tax by Half from January onwards 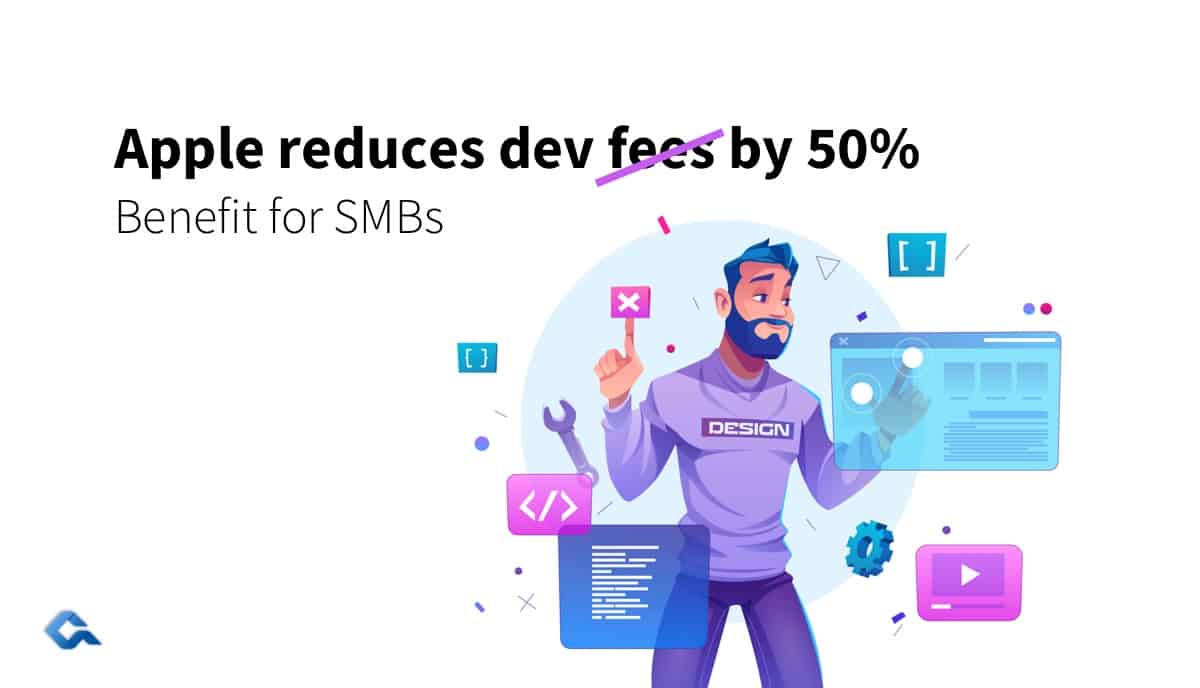 In a recent announcement in the technology industry Apple has announced that they are going to make certain changes in their commission structure in their Appstore. It is something that Apple has never done since it had opened the app store. This change will help increase the revenue of small businesses and iOS developers who are dependent on the iOS ecosystem

A article by the business of apps  mentioned that apple has standalone generated a revenue of around $54 billion in the year 2019 from the apple store. The apps have been taken to new importance as the businesses have seen potential growth through their online presence which they have generated through the implementation of apps in the line of their businesses.

The initiative towards this new developer programme is to fast track innovation and help growing small businesses. It will have an impact on the bunch of developers and businesses who are selling digital goods and services on the online apple store.

On Wednesday, they have declared their commission rates will decrease from 30% to 15% on all payments for those businesses who have annual revenue of lesser than 1 million dollars in-app purchases and on all paid app revenues.

The eligibility criteria for opting for this commission structure is that one needs to showcase that they have earned up to $1 million in the previous calendar year. Apple is all set to launch this program on 1st January2021 to grow businesses digitally and enhance their digital presence globally. In the global pandemic, everything has gone virtual and by the means of apps, small businesses will be able to reach out to more and more consumers.

The motive behind this program is to entertain more small businesses as they have been recognized as the backbone of the economy. The program will encourage them to implement more new business ideas and grow exponentially by taking risks. This initiative will also help to enrich the lives of people by continuously creating apps.

Besides this, the aim behind this new app store program is to give access to this program to the vast majority of the community of developers and small businesses.

Their contribution will enhance the growth of the economy. Also, the owners of the small businesses will be very much benefited from the unparallel developer’s tool suite which mainly consists of software building blocks also known as API’S. AR Kit which empowers the developers to build splendid and powerful features with a very few line of codes.

The step by apple is to build harmonious relationships with developers in future. Also it will help business owners to move towards technology and to grow by building mobile apps. For more updates subscribe to our newsletter.