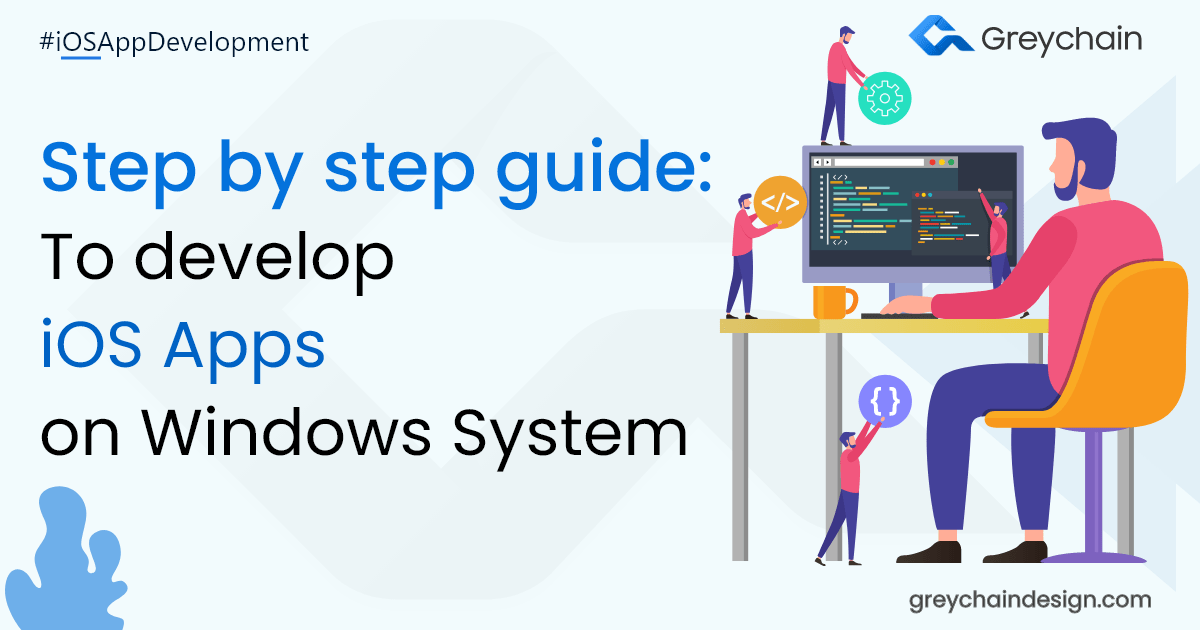 Developing iOS apps on Windows System, is it really possible? If many of you don’t know, there are technologies which assist developers to build an iOS mobile app using the Windows platform.

First, let’s understand what is essential for iOS app development:

Xcode is the integral requirement that supports the design and development of the iOS app on Windows. It is a only-Mac OS based program, and is imperative to upload the respective iOS app on the Apple store. Xcode is the quick compiler and app interface builder. Overall, it is the major component used in the iOS application development process. Besides, Xcodes are only compatible with Mac OS, that remains a challenge for Windows OS.

As we already know that Windows and iOS are two different operating systems, and it is inconvenient to configure Mac OS in any Windows system. Unlike Windows, Apple issues the license for its system at the time of purchase of a particular system. Hence, we cannot buy a separate Mac OS license and use it for Windows hardware.

So, how can we work on iOS application development from a Windows system?

With technology, we can achieve uncertain IT goals. Similarly, there are alternatives which have made it possible to run the Xcodes in Windows, and assist in developing iOS apps.

Let’s us check the steps which enable us to develop iOS applications on Windows system:

Step 1: Use Virtual or rent a cloud based Mac OS

You can certainly work on cloud based Mac OS for the development of iPhone apps. This is one of the easiest and trouble-less methods for cross platform app development. There are numerous services which rent the respective programs. The cloud services enable you to switch to “Windows to Linux or Mac”, or you can even make it “Mac OS to Windows.” Generally, you would be using your own hardware.

Moreover, you can connect to 3 types of Mac OS:

How to use:
– Connect to the cloud based Mac system.
– Sign in to the RDC (Remote Desktop Connection
– Done! Use the Mac OS from your device.

Another easy method to use Mac OS on your Windows System is to use virtual machines (VMs). A Virtual Machine develops a Mac iOS environment in your current system and runs the system on top of the present OS. Indeed, you can make a use of the Xcodes in your system as it is using the Mac domain.

More importantly, you can switch between the two operating systems anytime, and run them side-by-side.

Requirement for Virtualbox:
– A VM tool (Virtualbox or others)
– A copy of Mac OS installer

How to use:
– Install the VM
– Mount the OS installer
– Start the VM to use the Mac OS
– Begin Xcode

It is obvious that we cannot install Mac OS in our Windows system due to Apple’s closed configurations; not like “open system architecture” in other computers. Hence, if you don’t have an Apple, you can create one for you, “Hackintosh.”

Cross-platform tools are a constructive resource to mobile app developers. The tool allows to export the code for different platforms. That means, the same app code is used for both android and iOS. With the support of cross-platform tools, a developer can certainly develop an iOS app from the Windows system. Moreover, if you are planning to launch your mobile app on both “Play store” and “Apple store,” the tool assists in time and money saving.

In order to work on the platform, the developer must be aware about the iOS app components, basic programming and compilation process.

Generally, Swift is an open source language which is compatible for all devices and hardwares. Practically, it can be used for Chrome, Safari and Firefox. In addition, one can learn the swift codes in its Windows system using Swift Sandbox. No Mac or iOS is required.

Consequently, if you are looking to learn iOS app development, you can certainly practice coding in the Swift Sandbox; without any Apple’s system.

How to use Swift in Windows:
– Download the latest Swift program from the trusted source
– Start the program and look for .swift file
– Run the file

A hybrid framework is a cost effective solution to develop iOS apps on the Windows platform. Moreover, Xamarian is a trusted hybrid framework used by many of the developers; the program presents real native end products. The framework provides rich features to develop and compile iOS applications from Windows systems. It supports C# for coding.

Besides, the framework does not assist in submitting the iOS app to the Apple store; you would need a Mac for app store submission.

If you are a developer or an iOS app development company, and looking to build iOS applications without a MAC OS, then the above alternate steps will certainly aid you to get the best results.

Indeed, the mentioned steps are tried and tested by the global developers. iOS app development is all about working on the Xcode. Once you are familiar and comfortable with the Xcode, you can start with any of the steps and get started with the app development.

We are leaders in Mobile DevOps and Cloud implementations using Git & AWS technologies. Keep following Grey Chain Technology to enhance your IT development knowledge. You can also visit our blog section for more useful content.